Unleashed Speaks on Take Back the Memory (#ThrowbackBookReview) 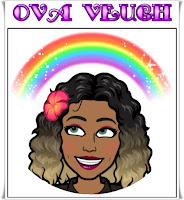 Too-doo-loo everyone! Ova Veugh here. It's throwback time at Unleashed Truth. Today, we travel back to November 2016 where The Unleashed One shares her views on "Take Back the Memory" by Augustine Sam.

Take Back the Memory by Augustine Sam

Blurb: Paige Lyman, an accomplished psychiatrist, is on the verge of madness but she doesn’t know it yet. The madness begins when she gets it into her head to write her memoirs. As her brilliant mind assembles bits and pieces of her life for the book, ugly skeletons, long forgotten in the closet, begin to rear their heads.

It had all begun with a simple act of love. And love, for her, was a blond-haired Irish boy named Bill, so when Bill abandoned her for priesthood the world around her collapsed. Seized by a different passion—vengeance—she seeks her proverbial pound of flesh in the beds of various priests…

Until she meets Stern W, a medical researcher, who sweeps into her life like a hurricane and marries her. It is not until he dies in a helicopter crash that she discovers the startling truth about who he really was. And now, transformed from psychiatrist to patient, Paige is seared by a damning awareness that she had, in fact, gotten what she had always yearned for without realizing it.

Take Back the Memory is the saga of her compelling backward journey through her own life on a psychotherapist’s couch.

I am a believer that the blurb should tell the contents without revealing the whole of the book. This blurb tells about seventy-five percent of the book without one having to read it. That, in itself, causes the work to lose about ½ a point from the gate … at least for me.

I confess to not being the greatest advocate of books that use people on the cover. Blame it on my high appreciation for the abstract and wanting to use my mind to dictate the beauty of a character. Yet, I do believe the image of the character should match the description of her in the book. Also, it is hard to tell whether the backdrop is actually of Kenya or of lands you would find through the Midwest or the South part of the United States. It didn’t match the content at all, so minus a whole point.

That is before getting to the content at hand.

The misplaced modifiers were the main culprit that kept Take Back the Memory from scoring any points in the syntax area. I would point them out but that would take up the majority of the review, and I want to spend more time on the actual premise of the book.

It takes more than “speaking of love” to establish a love connection. It was expressed over and over again how much Paige had this “love at first sight” bond with this guy named Bill. However, they were very young at the time—try at around age eight or so. I kept waiting for examples, painted out as vividly as the sex scenes—for this special chemistry between them in the interim. Instead, the foundation that led to the vendetta was skipped over, as if the author was in a hurry to get to the corruption of not only Paige’s way of thinking but also of these priests that caved in (too quickly if you ask me) to her seductive whims. I was not convinced of the love connection—even with the twist in the end.

Also, there were other happenings which confused me. For one, if Paige is a psychiatrist, why did she act ignorant of the technique that the psychotherapist was using on her when it was first introduced? Just because Paige did not practice this with her patients doesn’t mean that she wasn’t shown or taught it during the time she attended school. That did not ring authentic to me. In addition, the chapters had so much material that I believed covered several sessions, only for me to discover that only one session had passed.

Plus, I’m not one hundred percent sure if Paige was experiencing “madness”. Acting out, maybe. Being eccentric, for sure. However, there’s not enough revealed in Take Back the Memory for me to drink the psychiatric Kool-Aid. Besides, with Paige being a psychiatrist, she would be knowledgeable on the ins and outs of what justifies insanity, if you will. How could one really be sure that her deterioration was not conjured, as opposed to involuntary? For those who may talk about “nudity” as a side effect, maybe Paige just enjoyed being naked in her home. I never heard discussion of Paige romping around in her birthday suit in public. There were not any gaps between the ending of one session and the beginning of the next for me to draw up a definite conclusion, which placed Swiss cheese holes in the point of this tale to begin with. 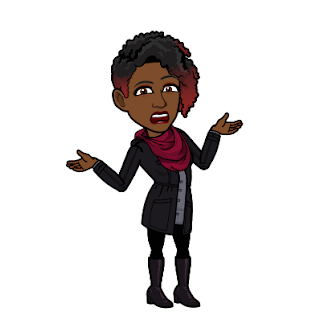 Due to misplaced modifiers, story holes, and not being able to take any of the characters seriously, I cannot recommend Take Back the Memory. I feel if there was more thought given to the background to build the conflict and less focus on the sex, this book could have possessed better resonance.