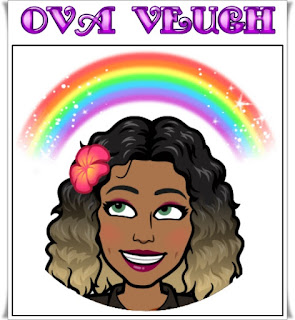 Hello all! Ova Veugh here, and welcome to another Throwback Thursday. Today's throwback is from January 2014, on a book entitled Primitive Fix by Alicia Sparks. Is the fix in on this book? Let's see what Mini Truth have to say. 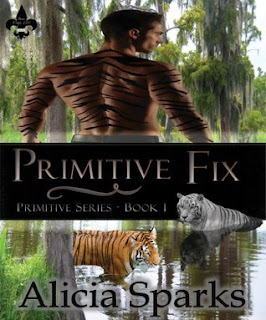 You ever get a book and think to yourself, “Oh boy! I can't wait to read it!”? Such was the case for me in this book.

Let's rewind just a small bit to bring you all up to speed.

I won this book from a Twitter Giveaway Contest.

SIDE NOTE 1: The author was extremely prompt in her delivery. That's commendable. So kudos.

The top of the book, the place where you'd usually find the header, like the author name a book title, was cut off. Also at certain intervals there were blank pages. Another thing that could've used some polishing was the separation space between the chapter title and the text. It was too close.

From the first sentence, I instantly knew that this book was just another knock off in a long line of Shape Shifter books. The wanna-be Harlequin Romance.

Here is the gist of the story line:

The main character is Kenyon a tiger and 2nd in the blood line. He needs to save his older Brother Nik also a tiger but 1st in the blood line. In the process of trying to save him he re-encounters his true love—a Wolf. Apparently they were distended to be together per some promise-slash-tradition-slash-ritual.

SIDE NOTE 3: Per the story, these unions could not produce children and were the only ones tied to this covenant. Any other brethren could live freely and marry freely except for the first in the bloodline which had to marry INTO the bloodline... or some such nonsense.

Sorry, but this made absolutely NO SENSE! How in the hell is a TIGER going to mate with a WOLF? I mean seriously, a dog and a cat? Pfff!

SIDE NOTE 4: The chick, is NOT JUST a wolf, but also a person to person shape shifter. Basically, imagine if you will Mystique from the X-men, only also a wolf.

Sage, the girl-slash-wolf-slash-Mystique, feels it's her responsibility to help both families but really wants out.

Kenyon loves Sage, and Sage loves Kenyon, but they are both too stubborn to give in. Sound familiar? Yes. I'm sure it does as every single cheesy paranormal romance book I've ever read has this same premise.

In all truth I felt no connection to the characters, the plot or anything in this story for that matter. It felt to me as if the writing was dry and unemotional. Just a person telling what was going on from the outside.

The writing was good enough. There were every few, barely noticeable, editing mistakes. 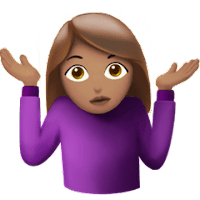 The fix was in but not in this author's favor. What can you do?

Thanks for checking out Unleashed Truth on this Throwback Thursday. Have a terrific day everyone!
Posted by No Labels at 8:00 AM